Oh, welp. Not sure on specifics, but then this is all in 'talk with your DM' territory anyway. Originally Posted by jiriku. Okay, now here you've got good stuff. Putting a soul into a construct, in such a way that the soul's original memories and personality are retained, is hard. It's easy to say that having the soul at hand in a gem or somesuch is necessary to pull it off. Further, making an epic-level construct could take months or years crafting a magic item only produces gp of value per day, and constructs appropriate to a soul of that power could easily be worth hundreds of thousands of gp.

Souls lose their connection to their living existence over time -- it might be a good idea to go fetch her soul NOW rather than wait a year or more to finish the construct. Thats plenty of motivation for the wizard to get his butt down to the lower planes and do some soul-hunting. And yes, the soul of an incredibly powerful lieutenant of a demigod, someone who's committed terrible crimes during her life, and is now ensconced within an immortal construct body and will never return to the lower planes until the construct is destroyed -- that's sufficient motivation for fiends to try to reclaim her.

Without the resurrection option or any other high magic easy plan, the travel to hell to bring back the warrior's soul his a great classic of fantasy and mythologies, and a really cool idea. It could and should be possible to rescue the soul of the warrior but, as just note, this should be an epic campaign, where the adventuring wizard must be ready to face the worst of the worst that the lower planes can offer. Nevertheless, i feel that "stealing" the soul from the archdevils would be only a temporary solution: if the warrior was evil enough despite his noble heart to go to hell and if in his second life he will continue with his previous habit, it's almost certain that when he will die again he will go back to hell, with an even worst punishment for escaping once.

An almost permanent wayout to the problem that i see would require a travel in the opposite direction. The wizard could want to travel up the Upper planes to talk to the Gods of good and justice, persuade them that his friends is worth for a second chance and have him raised as an Hellbred fiendish codex 2, p.

This would requiire a bit of homebrew on the fluff of the race Hellbreds are required to repent, not to have somone intercede for them but could work nicely and make an equally epic quest. Awards and prices Spoiler. Games Everywhere - 3rd Place. The lower planes are dangerous.

It's always useful to have some chumps PCs around as bodyguards to take hits for you. Or he might need more substantial help from them; perhaps he researches a new spell that can deflect attention from greater fiendish powers, but requires continual concentration. He'd be very limited in what he could do, and would have to lean heavily on PCs for help.

If the wizard has ranks in stonecutting and gemcutting and of course, a high Int bonus to improve his roll as well , then he can definitely pimp her ride. Crafting the actual construct is a snap: it takes just a few rounds to cast fabricate and make the body. It takes longer to collect all the materials he can save time by hiring PCs to get the fabled Gems of Sparkliness, or ambush the mithril brick convoy or something than it does to make the thing. However, enchanting it will take forever -- and during that time he's sharply limited in what he can do, so he's again likely to rely on hired help.

Find out specifically which Duke, Prince, or Lord has taken posession of her soul, and make a bet. If you truly believe she is noble at heart, that is. Plot and slay said Evil Patron, freeing your friend's soul and yours :D You are a wizard, afterall. Originally Posted by khadgar Last edited by jiriku; at AM. Originally Posted by Vedhin. Originally Posted by jedipotter. Logic just does not fit in with the real world. And only the guilty throw fallacy's around. It's DM fiat just what happens during the judgment process and the afterlife. It may or it may not; Vanthus above is a good example.

The vast majority of everyone just ends up as petitioners of one sort or another and larvae being one of the common types of evil petitioners, though maybe not strictly the same. Also, even the powerful may find that, in their afterlife incarnation, they have been all but entirely stripped of memories and personality, becoming more of a cookie-cutter petitioner of x. It can't be said enough, however, that there is no guarantee of this beyond plot convenience and therefor DM fiat.

Considerations: 1. Mohrgs and wraiths are two examples given of evil people that refuse to stay dead. Still, the process usually leaves them even more twisted than before; death and undeath are pretty much static states that are hard for the average psyche to cope with, so the person tends to stereotypical evil as per MM entries, with individuality once again at the DM's behest. There is an Immortal's Handbook around here somewhere. Search this site, I guess. 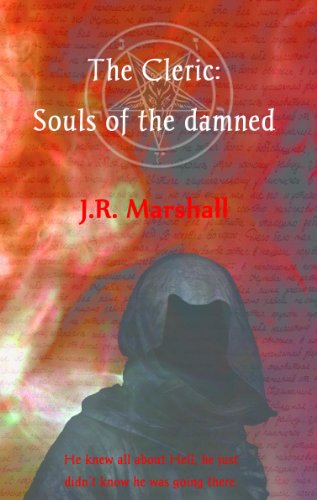 Anyway, as DM, there is lots of leeway to come up with something interesting. From a player perspective, the RAW is much bleaker; away from the normal back-to-life stuff, there isn't much to be had. Actually, after giving birth to a galaxy by splitting a black hole, level is no longer relevant.

Extended Sigbox. Originally Posted by Keledrath. I've never been able to put my finger on how to describe you Phelix, but I think I have an idea now. You're Tippy's fluffy cousin It's all DM fiat then for the most part? I was thinking of writing the story so that the soul was left wallowing in the despair and gloom of the realm of Hades. Powerless, alone, and left to dwell on the events that brought her there. Would give the wizard and whoever he hires plenty of time to find it, and present plenty of challenge making their way through the plane. Originally Posted by Phelix-Mu.

I'd rule this epic quest as such: Our would-be rescuer would need to barter, sneak, and fight his way through each layer of hell, face all manner of hellish obstacles and enemies, locate and identify the desired soul from a heap of countless billions, snatch his target from the hungry maw of Satan himself, and then repeat the whole journey in reverse, fighting his way back out of hell with a soul in tow and the devil on his heels.

The Physical Structure of Inferno

Such a venture would be foolish and suicidal: practically guaranteed to fail. The wizard would not merely risk his life, but his soul as well: if he's killed in hell, he stays in hell. Last edited by Slipperychicken; at PM. Pretty iconic that the evil thing impersonates your better self to convince you that you are really a piece of trash that can never be redeemed.

Evil always feels more evil when it's cosplaying as good.

THE HORROR OF THE DAMNED SOULS IN HELL TO AVOIDS

Alternatively, this may just be a passive effect of the plane; Hades sucks out a person's propensity to grow or change away from evil minimal in evil, dead people to begin with , entrapping even the non-evil in evil's self-perpetuating nature. How much variation in this is there between existing settings, without allowing another setting generally planescape to trump them?

Don't know much about Eberron, but FR is more about the god you worship; but even there, fates aren't particularly desirable for the living. Death and the afterlife aren't particularly glorious by many standards; typically one loses variation and individuality in exchange for a setting that allows one to iconically represent whatever it was that one stood for in life.

Certainly this is the case in the default Greyhawk setting. Planescape is largely an extrapolation of this, with more room for denizens of the planes that are mortals still living as opposed to the deceased , and more expansion of factions in favor of the various ethoi of the planes a la Sigil. I'm really not an expert but I can fake it pretty well. Don't live on Athas.

Krynn, from my recollections of 2e, wasn't much off from Oerth, but with more emphasis on the moral axis than the ethical one as per the colors of magic, dragon-influenced setting. No idea about Mystara or any of the more eclectic settings. I actually have a question on this topic: how exactly is it determined exactly which of the outer planes a soul goes to upon death?

I mean, if the person worship a deity, they will go to their realm if they are sufficiently faithful great way of getting out of eternal damnation by the way. And if let's assume we are on the evil axis for a moment the person is chaotic evil or lawful evil, we can assume they will be going to the abyss or baator respectively.